Ahh. The relief when you’re recruiting and you finally have that ‘YES!’ feeling about a candidate – particularly when you’ve been trying to fill the vacancy for some time and constantly coming up with square pegs for a round hole.

Yet, before you go rushing toward the paperwork preparation – or even provide a verbal offer to the candidate – it’s time to stop for a second. There are several things to consider before you hand over an employment contract; at least, if you’re wanting to ensure the hiring process runs smoothly with both parties – employer and employee – clear on the expectations moving forward.

Our HR specialists are often asked about the protocol when making an offer of employment and whether it can later be withdrawn. The answer is simple: it depends on how your offer was structured in the first place. Time for a reminder, then, of the key considerations when you’re hiring someone new into your organisation and best practice for a written offer of employment.

This type of offer is exactly as it sounds: an offer, but with some conditions attached. It’s more than fair to provide a conditional offer to your new employee, and we would encourage that this becomes standard to your hiring process. Here are a few conditions to consider including along with your offer of employment:

References – it is very much expected for a recruit to provide two references – at least one from a former employer – before you take them on, giving you confirmation they are who they say they are and have the skills necessary to fulfil the role on offer. A personal reference is also useful when it comes to accessing a candidate’s character.

DBS checks – if the position involves working with vulnerable or younger people then this type of tick in a box is often compulsory to the role, and something you have likely already checked during the early stages of the recruitment process. Still, it is a good idea to include it as part of your final stage checks in case you need a backup.

Medical checks – does your vacancy warrant a level of fitness to perform the role effectively? Or, is the role a senior one within the company? Either way, you might want to consider including medical checks as a condition to prevent hiring someone physically or mentally unable to fulfil the role’s tasks.

Proof of qualifications – this is fundamental to many positions, particularly where you are hiring for a senior or mid-entry level role where often the expectation and salary are based on the skills and experience a candidate brings to the table.

Proof of right to work – people applying for work in the UK should be in the correct legal position to do so, which means having British citizenship or a visa allowing them to reside and work in the UK (since Brexit, which took effect on January 1, 2021, the latter now applies to any new EU citizens arriving into the UK to work).

If you made an offer without conditions then you are still entitled to withdraw your offer but only before your new hire has accepted the contract.

Once an offer of employment is accepted, your proposed hire can claim ‘breach of contract’ if you later withdraw. A claim can include their seeking losses incurred for resigning from their current role, with damages or compensation to match your company’s standard notice period (typically, at least one month’s pay – three months for senior roles). Depending on the reason you give for the withdrawal, a candidate may also look to seek compensation based on discrimination if they feel inequality has come into play.

It’s best not to leave things to chance when recruiting new hires. Make sure all parties know where they stand from the outset to avoid a potentially sticky situation later on.

In need of some HR advice? Wherever you are in the UK, you can arrange a chat with one of our friendly professional HR advisors at any time. 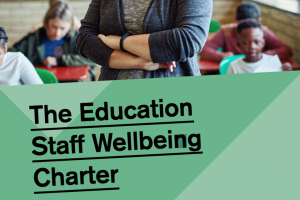